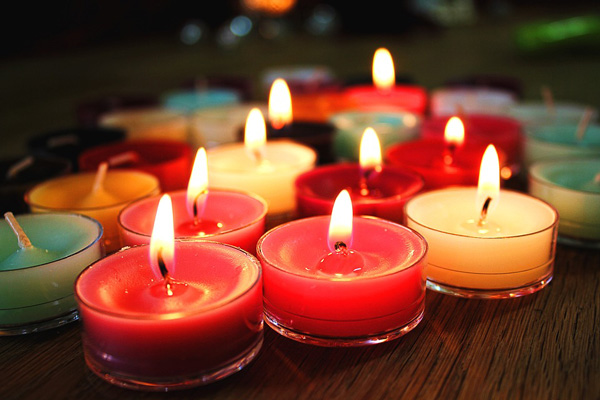 ​If you’re looking to make your own candles, then you’ll have to pick the ideal wax. There are many choices out there, from beeswax to soy wax and paraffin wax. Each one has its own strengths and weaknesses.

Which one you choose depends primarily on what kinds of candles you’re making and who you’re making them for. If you’ve done a bit of research and you’ve narrowed your choices down to paraffin wax vs soy wax, then this article is for you.

These are two of the most popular candle waxes out there, and they both offer excellent results. However, they have significant differences worth going over.

​In this article, we want to talk about all those differences and how you can choose the right wax for your candles accordingly.

So, want to learn more about these ​different types of candle wax? Then take a peek below!

What Is Soy Wax?

Soy wax comes from the processing of soybean oil. On its own, soy wax is ​completely natural; however, keep in mind that some soy waxes may come blended with non-soy materials. Although, typically these are plant-based as well.

To create the wax, the soybeans are processed for their oil, which is then hydrogenated. This process solidifies the oil until it becomes a wax. However, every manufacturer has ​their own wax-making process. So, the specific method of creating soy wax can vary a bit from company to company.

If you want naturally sourced wax for your candles, soy wax can be an excellent choice.

What is Paraffin Wax?

Paraffin wax comes from the refining processes of ​oil products. As you can guess, it’s a petroleum-based wax, coming directly from fossil fuels.

If you don’t mind using an artificially-made wax, then paraffin can be an excellent idea. A large percentage of commercially made candles are produced with paraffin wax.

Specifics to consider with Paraffin Wax vs Soy Wax

Now that you have a better idea of what these waxes are and how they’re made, let’s take a look into how else they differ.

Here are some factors you need to consider:

The first thing we’re comparing is the scent throw. This refers to how well the wax delivers a fragrance when it burns.

And between paraffin and soy, paraffin wins. This happens because paraffin is a little lighter than soy. It can capture more fragrance and ​then deliver more of it as well because it burns faster.

But soy wax isn’t too far behind. Being a little denser, it burns slower but still manages to capture a lot of fragrance. But of course, it does not throw as much scent as paraffin wax.

This refers to the temperature the wax needs to reach before it starts melting. ​In ​general, you’ll find that soy wax tends to have a lower melting point. Even though it tends to be denser than paraffin wax, it actually starts melting at lower temperatures.

How much time does it take for the wax to burn completely? Once again, you’ll find there’s a massive difference between soy wax and paraffin wax.

For example, soy wax is denser. ​So, it’s safe to say that it ​takes longer to burn completely. But, because it starts melting at lower temperatures, it also depends on other factors.

​Aspects like wick size, candle size, wax blends, additives in the wax, and the precise melting point of the specific candle – all make a huge difference. Generally, however, soy wax tends to have a longer burn time than paraffin because it is denser.

Are ​either of these candle waxes sustainable or environmentally friendly? It completely depends on who is making the wax and what processes they’re using.

However, all things being somewhat equal, soy wax would have the edge on paraffin wax in terms of sustainability.

Because it comes from soybean oil, this wax is from a ​much more natural source. According to the National Candle Association:

…consumers can feel good about their eco-choices, while basking in the warm glow.

Soy candles, which are clean burning and made from vegetable oil, are rising in popularity among people looking to reduce their carbon footprint and opt for a visually appealing burn. Because these candles are made with a renewable resource and are biodegradable, consumers can feel good about their eco-choices, while basking in the warm glow.

Paraffin, on the other hand, comes from fossil fuels. So just like any other ​petroleum-related product, ​there’s potentially a much heavier environmental impact. On top of that, ​petroleum products ​have the potential to burn less cleanly as well.

​Is candle wax toxic? Well, ​it can be. Anything that you burn can produce toxic chemicals and soot. This includes all types of candle wax as well. Studies have shown, however, that candles, in general, are safe no matter what type of wax they’re made with.

As paraffin wax is a byproduct of the petroleum industry, there is some potential for chemicals like benzene to be given off when burned.

Soy wax, ​possibly, produces less toxic chemicals and soot when it burns. However, some soybeans are grown using harmful pesticides and other chemicals that can ​end up ​in the wax. When it burns, it can emit these chemicals. But still, this only happens with the less carefully produced soy waxes.

​Soot is the black fumes that come ​from candle wax when it burns. Paraffin tends to produce more soot than soy wax. Sometimes, it can even stain walls and objects ​near the candle when it’s burning.

Last but not least, you need to consider the price difference between soy wax and paraffin wax. You’ll most often find paraffin wax being the cheaper of the two.

Since paraffin wax is basically the residue of the processing of lubricating oil, it’s usually lower in cost. In contrast, soy wax demands a more exhausting and time-demanding process when it’s created.

However, soy wax tends to last longer as well, which makes it more cost-efficient in the long run. So, that’s something worth considering.

Paraffin Wax vs Soy Wax: Which One to Choose?

Being thoroughly familiar with what they offer should give you a clear idea of ​which wax to choose. But, don’t worry if you aren’t clear yet.

​If you’re on the fence between the two types of candle wax, we suggest soy wax. It lasts longer, produces a potentially healthier burn, and doesn’t involve the same chemical processes that paraffin does in its manufacturing.

Yet, paraffin is cheaper, burns at higher temperatures, and tends to deliver a better scent throw. But because it is not as sustainable, it loses points in our book.

So, ​think of your project and your needs when you’re making your final decision between paraffin wax and soy wax. And always remember that you can always try smaller batches and change your mind for your next candle project.